The quickest way to kill the girl’s attraction in the initial stages of dating is by texting her in a way that is needy and desperate.

It will easily ruin your chances with a girl you’ve just met.

I’m glad that you already know that neediness kills attraction.

If you aren’t aware of that, I highly recommend you to check out this article before reading any further.

Scared of losing the girl’s affections.

Well, you’re in luck, my friends!

In this article, I’m here to show you how you can text a girl in a way that builds attraction rather than pushing her away.

How Can You Text A Girl Without Seeming Desperate?

How to Text Girls Without Showing Neediness. Double texting means sending a woman another text before she has had ample time to reply to the first one.

It doesn’t necessarily mean sending two or more texts in a row.

So long as two or more texts are sent at the same time, it won’t be double texting.

If it’s a girl you’ve started dating, you’ll need to wait for a couple of days (two or three) whenever you don’t get an initial response.

Then text her a short message about something different.

Whatever you do, never ask why she didn’t respond to your first text.

It will scream ‘NEEDY’.

If the girl is still interested in you but didn’t text back for whatever reason, she will get back to you.

When she doesn’t text back for the second time, you won’t need to text her again.

It will clearly indicate that she moved on. And no longer interested.

Don’t text again for the third time unless she reaches out to you first.

If you have just started dating, chances are she hasn’t yet felt so much attraction to you.

You’ll prefer to give the girl space to wonder about you so that her attraction to you grows.

When you’ve just met the girl, you will want to text her three times a day, at most.

Texting every time will make you seem desperate and her attraction to you will fall.

“What if she forgets about me?”

Trust me, she won’t.

Why? Because she’ll be busy thinking about why you aren’t texting her so often.

She’ll keep wondering about you and her romantic feelings for you will grow.

Just like so many guys who want her do.

In a nutshell: you’ll have separated yourself from so many guys out there by simply not texting her all day.

That alone will have her attention locked on to you.

Even if she is the one who wants to text you all the time, don’t allow it.

Or else, she will soon resent you for it.

Women want to talk to their best female friends all the time.

And you aren’t one! You are her romantic partner, not her pen pal.

So texting the girl very often in the beginning stages of dating will not only make you look needy but also it can get you friend-zoned.

Secondly, whenever you keep texting the girl frequently, she’ll start to wonder if you have any cool thing in your life besides her.

The fact is, any high-quality woman doesn’t want to feel like she’s the best thing is your life.

And there is no sure way of showing that than reaching out to every other time of the day.

Thirdly, the girl may start to think that you have no other girls who are interested in you.

Women want to feel like the guy they are interested in is also craved by other beautiful women.

She wants to think that she beat some tough competition.

You might think that you’re being sweet when you check on her all the time.

Well, at first, she might think that way too.

But she’ll soon start to feel like she’s your only option and that no other awesome woman is interested in you.

To her, if no other beautiful women are interested in you, why would she be?

It’s just simple human psychology, we are naturally drawn to things that other people want, and repelled by things others don’t want.

That way, you won’t have to worry about acting desperate when texting a woman you like.

You won’t easily come off as needy and desperate because you’re busy improving and living your life.

As I said, you don’t want the girl to think that all you do is texting her.

Never give her the impression that she is the coolest thing going on in your life.

And working hard to achieve your ambitions, and trying to improve your life will naturally help you to deal with that.

So the next time she sends you text, and you’re hanging out with friends, or in the middle of a meeting, you will automatically reply to her text after several hours.

You don’t want to always be texting back shortly after the woman sends you a message.

If a woman takes hours to reply to your texts, but you text back after a few minutes it only shows that you crave her attention.

While texting a woman, you may want to reciprocate her texting frequency so long as it isn’t too much (you don’t want to be texting her all the time, remember.)

Say, if she texts back after two hours, reply after two, two and a half, or three hours not after two minutes.

#5. Let her be the one to text first occasionally.

Always texting the girl first is a desperate thing to do.

You have much better things to do with your time.

Sometimes, you’ll need to take a step back and let her reach out to you first.

If you’re always the one who’s checking on her, it gives an impression that you’re way more interested in her than she is in you.

And this gives you less power in the interaction.

You want to set a tone that you’re both interested in each other.

You do this by letting her text you first.

It is also a good way to test her levels of interest in you.

If she is genuinely interested in you, she’ll always try to initiate communication.

Again, it’s another way of letting the woman invest (her time and effort) in you.

That way, it will be hard to walk away from you.

Who wants to lose their investment?

A woman will have nothing to lose when she walks away from you if you were always the one investing in the relationship.

That’s the same reason why buying a girl expensive gifts she hasn’t earned is a terrible idea.

So many guys do that terrible dating mistake.

They think that it will stop the woman from leaving them for other guys.

Think about it for the second, why would she? She has nothing to lose.

So always let the girl text you first. It will be a sign that she likes you and it will let her invest her time and emotions in you.

If a girl sends you a five-word text, but you reply with a four lines text, it will clearly show that you’re being desperate.

You have to keep your texts short, fun and light-hearted.

If you don’t want to come across as a desperate dude over text, keep your messages light and casual.

Save the serious conversations until you’ve met the girl in person.

No long and serious texts.

Or else, that cutie you’ve just met will feel overwhelmed and she will easily ignore your text.

Trying to impress a girl over text will naturally make you look needy even when you’re not trying to.

You need to realise that you don’t need to win the girl’s approval.

It will make you look like a less attractive guy.

Trying to impress girls is what makes most guys act desperate and needy over text.

You don’t need to brag to her about the cool staff you posses.

Ask yourself, would any attractive guy likes James Bond need to impress a woman?

Does he have any need to win the girl over?

So you shouldn’t either.

When you act desperate over text to win her over, you’ll be acting like a less attractive guy.

A guy who other women don’t like. So he needs to work hard to earn this one woman’s affections.

Acting like a less desirable dude will also kill your self-confidence and self-esteem.

“what if she doesn’t like me even though I’m an attractive, high-value guy?”

It will be her loss. Not yours.

Because there are very few guys out there like you.

She’ll be less likely to find an attractive guy like you. So you don’t need to sweat it.

Above all, you know it very well that you can move out there and meet attractive women to date.

I’m going to make it easy for you.

If you want to build attraction over text and avoid pushing away girls with neediness, you have to focus on having fun and assume that the girl likes you.

If you assume that she already likes you, it will remove the feeling that you need validation and proof that she likes you by texting her all the time.

So that’s it, friends! 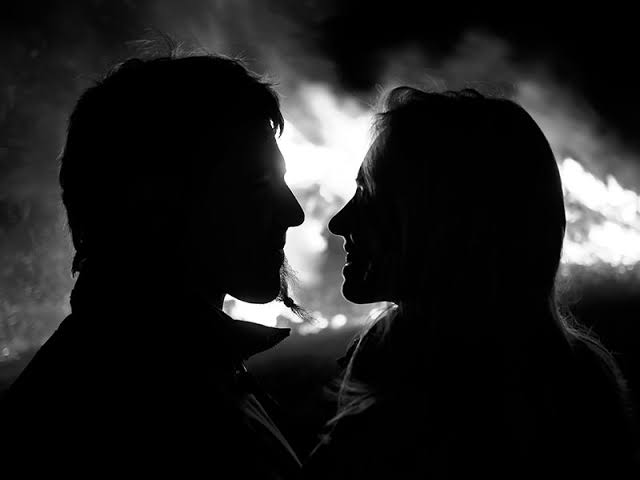 Do you need help with a specific dating or relationship problem? Book an email consultation with me and I’ll get back to you ASAP. 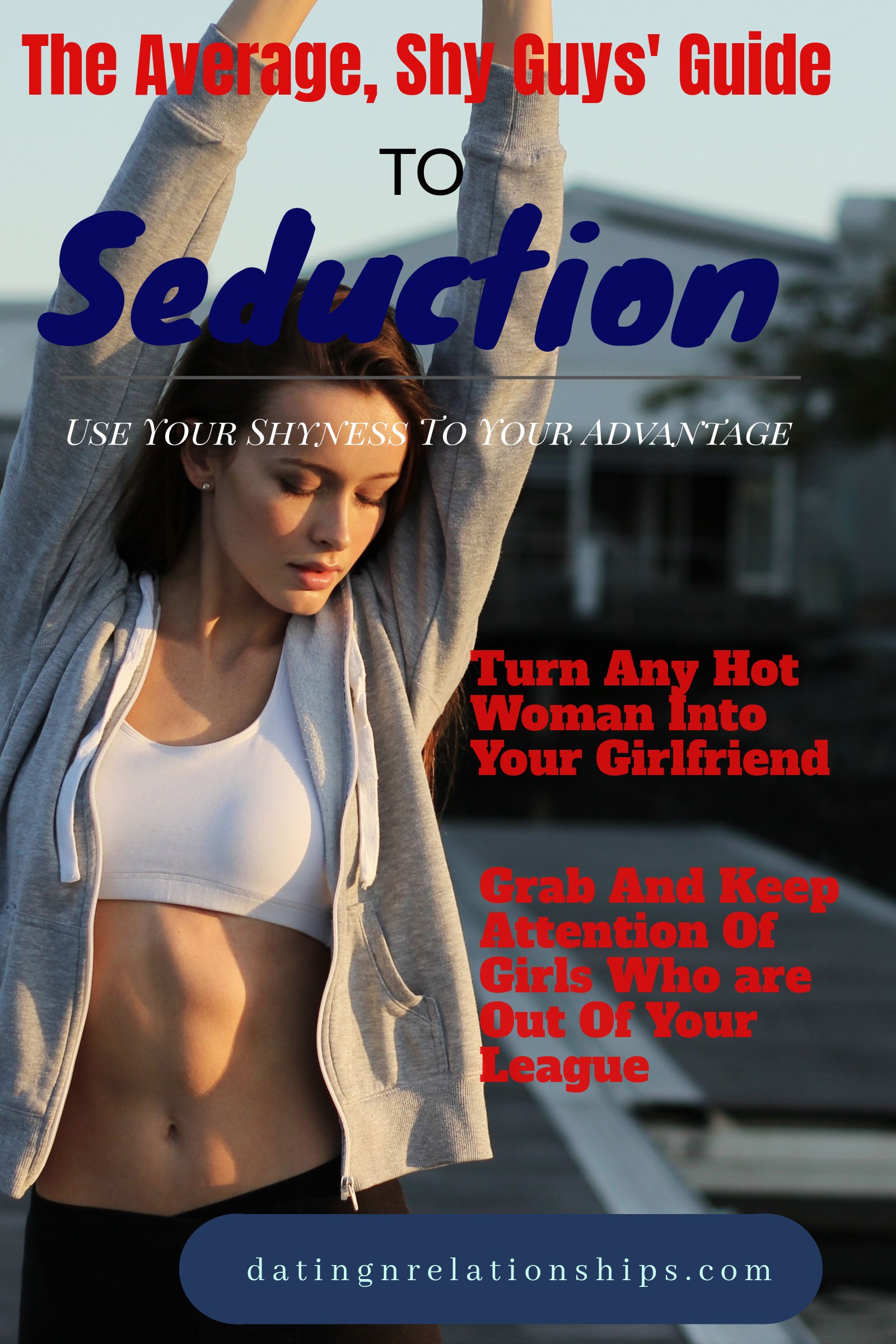 √ How normal introverted guys manage to pull hot women. And how you can do it too.

√ The truth about women's love for sex. Use it to get laid effortlessly.

√ Learn the number one thing that you're always competing for in the dating market.