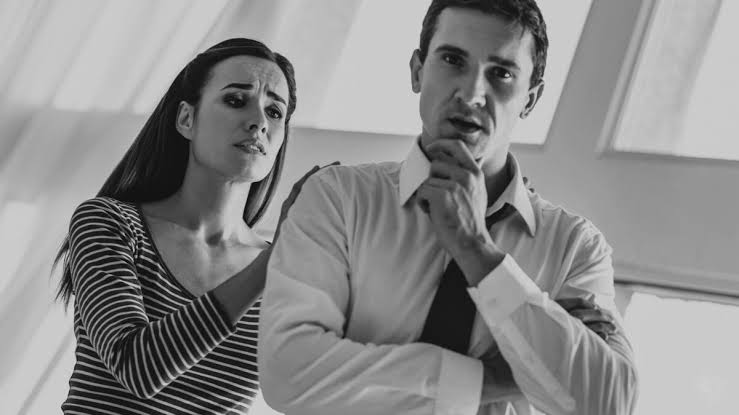 When it comes to not giving women your attention, it’s more powerful than you think.

Said differently, your attention is the most powerful dating weapon that you have as a man. Thanks to the abundance of millions of thirsty guys out there.

There are so many of these guys out there who’ve never studied dating or who get bad advice from females and movies.

Women often give the worst advice to men when it comes to dating.

Like…where do you go for advice when you want to learn how to fish?

To the fish? Of course not! You go to the fisherman.

There are some dating “experts” who will tell you to give women a lot of your attention if you ever want them to develop strong romantic feelings for you.

And women, in general, will tell you that.

Don’t listen to them.

However, with all that said…

For example, if you know an attractive chic on social media, she’s probably getting a lot of likes and comments from all her orbiters supplicating to her.

Why? Because they falsely think it will increase their chances of getting laid or it will make the girl like them in some way.

But all they’re proving to the woman is that they’re in scarcity. All what that communicates to the girl is that they never get women.

Will a high-value guy who dates plenty of gorgeous women be doing that?

Never! That’s the last thing he’s going to be doing.

The last thing he’s going to be doing is liking every girl’s photo on IG, Facebook or snap chat.

When there is a woman you feel like turning into your girlfriend, ignoring her sometimes isn’t just worth it… I’d say you’d be a fool not to do it.

Does that mean you should completely ignore women you like?

You don’t need to never like any single photo of hers. Neither should you completely ignore commenting on her pics.

If you just ignore the girl completely and never reply to her, how is she supposed to know you’re interested in her?

How is she supposed to notice you?

The thing you have to do is kinda like push-pull. Take one step forward and two-step backwards.

You can take one step forward where you might…

When it comes to liking or commenting on her photos, you never want to do it where it’s obvious she’s looking for male attention.

You shouldn’t comment or like something that most of her beta orbiters would like. For example, a pic where she’s almost half-naked with her breasts popping out.

You want to like photos that have little to do with her or photos where she’s trying to accomplish something.

Never like those selfies of her trying to seek male attention. Why? Because if you do, she’s going to automatically categorize you with all those low-value guys that are liking the same photos.

If she uploads a photo of hers at work or walking her dog, a lot of guys will ignore it.

Why is that so powerful?

It builds curiosity. It builds intrigue. And that will grab her attention in no time at all.

She won’t know whether you like her or you’re the kind of guy who’s into animals. You want her to question your intentions.

“Why is this guy liking my photos?” “What did he like about this IG pic?”, she might ask herself.

On the other hand, if you liked her bikini photo, it will be clear to her that you feel sexually attracted to her.

There is absolutely nothing wrong with showing interest in a woman.

Problem? If you make it clear to her at the beginning – by commenting on her half-naked photos – it kills curiosity and intrigue on her side. It kills the chase.

Above all, you never stand out yet, you want to be unpredictable.

What is the number one reason that makes nice guys finish last when it comes to seduction?

As a guy who’s reading my articles, you can take advantage of this right now by;

Ideally, you never want to do this as a tactic.

You just want to do this kinda naturally because you’re a high value who has a lot of things to get done. You’re busy trying to get better and improving your life.

Nonetheless, if you aren’t there yet, you should be acting like a high-value guy. But at the same time, be striving to get to that point.

A point where you no longer have to do all the above consciously or as a technique.

Allow me to wind up by saying it again because it’s very important – limit the attention you give women, and you’re going to raise your value.