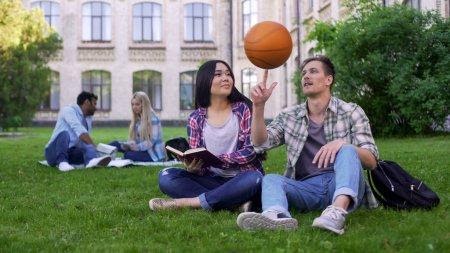 Impressing attractive girls is probably the most common problem every guy out there faces – you’re not alone.

“How can I make this girl feel more attracted to me?”

“Why does she seem to ignore me whenever I’m around her?”

“Why does she like the other dude but me?”

Yeah yeah, I get it. Impressing young attractive women – who do have a ton of options to choose from- can be pretty hard.

“How can I really impress hot girls so that they can begin to notice me?”

If that sounds like you – take a breath and relax!

Today, I’m going to identify for you practical ways to stand out from 95% of guys out there: so girls can easily notice you.

And perhaps start to chase you. How about that?

Let me first tell you a brief story.

I’m writing this article from my new place of work. There is this female workmate whose attractiveness is well above average (and the most attractive among my female colleagues).

She’s just started to chase me. She’s always checking me out, complimenting me and looking for all means of starting conversations with me.

By all means, I’m not the most good looking guy amongst my colleagues. Neither do I make the most money.

How is that possible?

I’m just different from all the other guys – in terms of my dating game.

That’s all it takes: just being different.

The point I’m trying to make is that the only thing you need to do to impress girls is by separating yourself from most of the guys she meets. As a normal guy, that’s all you can do to attract attractive women into your life.

That’s what I’m going to be taking you through today.

Only if you’re willing to read up to the end!

How To Impress Attractive Girls And Get Them To Notice You

Here is the trait: Dominance.

Why do small dogs bark more often than big dogs?

It’s because big dogs are confident in their abilities. Plain and simple. The big dogs are never threatened by any simple thing that crosses their eyes.

When you’re unreactive, it communicates to the girl and men around you that you’re confident, dominant and capable.

How to signal dominance that will impress women.

Being dominant and unreactive is the true mark of a confident, attractive man.

You’ll impress a ton of hot girls considering you’ll be different from all the other insecure, needy and thirsty guys she meets.

Do you have to bark at women, posses a loud ass voice and push women around to signal dominance?

Below are some free practical tips you can implement right now and have beautiful women start to notice you in no time.

Tip #2. You don’t want to actively try to impress her.

See what you may be thinking right now… “that’s counterintuitive! I thought all this was about how to impress girls?”

But I only want you to impress girls on a subtle level. This post is about you becoming the kind guy whom girls feel wet for.

Not the guy who is always actively showing beautiful women how cool he is.

Actively trying to show a woman how badass you are coming from a wrong frame – a frame of neediness and low value.

Think about it for a second.

If you brag and actively try to impress a woman with how awesome you are, you’ll be actually asserting the fact that you’re not actually cool.

A guy who is cool doesn’t need to constantly remind everyone that he’s awesome.

Do you think Jeff Bezos goes around telling everyone how he’s smart and how he earns billions of dollars? I don’t think so.

Let’s say you possess the cool car, house or job that you constantly brag about to every woman you like…

Either way, that’s a very wrong strategy and you’ll be shooting yourself in the foot.

And here’s why: it communicates to the woman that her sexual market value is higher than yours…

so you need to compensate your low value with the physical stuff you possess.

Do you remember what I talked about earlier?

Let me remind you… always assume that you’re the prize.

Actually you don’t even need to assume that because you’re actually the prize and women find you attractive.

What if the girl feels more attracted to you after telling her about your expensive stuff and a high paying career?

That can actually happen. Some women will like you more if you spend a ton of money on them without having earned it.

But does that mean she’ll have got more romantic feelings for you?

Of course, not! She’ll be just a gold digger. You don’t want to get yourself close to such women – I guess.

Don’t get me wrong, though. Earning more money will make you look more attractive to women. And you should be striving to earn more.

But you don’t want a woman to be with you primarily because of your money.

If you’re dating a gold digger, you may want to ask yourself one question: “what if she meets a guy who earns more than you?” Only you can answer that.

I’m not hating you for splashing money on women if that’s what you want. But just don’t confuse their presence with genuine interest.

Always let your actions speak for themselves. It will also create curiosity in girls’ minds because you’re being mysterious.

An average looking girl has a lot of guys trying to impress her 24/7.

So an easy way of separating yourself from the dudes she meets is not actively trying to impress her – that increases the likelihood of her noticing you.

One of the best ways of standing out is by dressing well. Make your clothing a bit more stylish and bolder than the average guy.

Start with clothes that match and fit. Avoid umbrella-like clothes because they aren’t sexy at all (And you’re probably not seven years old if you’re reading this)

Again you don’t want to buy super expensive clothes and accessories because you’ll look like you’re trying hard to fit in.

You just need to be a little bit better dressed than the average guy.

and then be an expert there.

Women really easily feel impressed by men who are experts in something.

So when you’re talking to girls or around them, talk about your area of expertise with enthusiasm.

Remember to only tell them about interesting, mind-blowing things not boring, mind-numbing stuff. Girls love to be around guys who are fun, not boring dudes.

Most guys do these things without even realizing it or because of ignorance.

One of the behaviours you need to avoid at all costs is bragging – and we’ve already talked about that.

Another behaviour that communicates to girls that you’re low value is putting other men, or people in general, down.

“Haha, look at how little he earns!”

Why make fun of that guy’s salary working at a coffee shop? Is he a threat to you? If he is no threat to you, so why act as if he is?

Not only isn’t that behaviour nice, but also conveys insecurity! And if the girl you’re trying to impress is worthy, she’ll be on that guy’s side and try to defend him.

Women in general are very sensitive and nice so she’ll naturally take the side of the guy you’re trying to put down.

So always catch yourself whenever you’re about to say something shitty about someone because you want to look cool in front of that hottie.

You should also do that in your day to day life.

Putting someone else down only reveals your insecurities.

Not only that, but you should also never put yourself down.

yes! she might feel that way. But she won’t feel any attraction to you.

Why should she? How do you expect the girl to think highly of you yet, you’re not thinking highly of yourself?

Women are impressed by men who have high self-esteem.

However, you can make a joke by putting yourself down only if it’s obvious to the girl.

For example, you can say…

When you avoid behaviours that signal low value, you’ll impress girls and have them chasing you in no time. 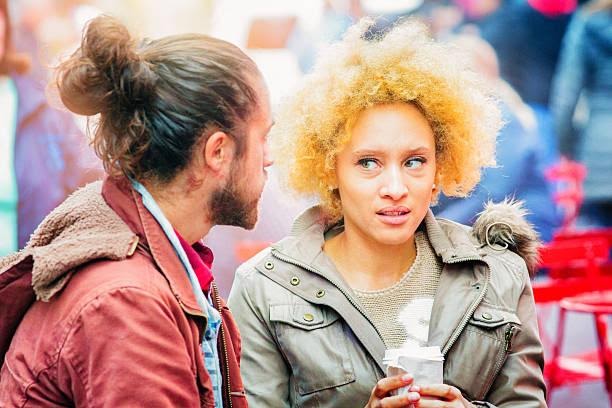 What do most guys do whenever they are around a girl they like?

They try to act differently.

You don’t need to put on an act whenever you’re in front of a girl.

Why? Because whenever you care too much about what a girl thinks of you, it shows desperateness for her attention. And that’s not attractive.

After all, you will never control what women and people, in general, think of you. Happiness in life comes from focusing on things that we have control over.

Focus on your positives and ignore your deficiencies. Find something you’re good at and focus all your energy there. If you can earn a living out of it, the better.

If you’re always working hard to improve your life, girls will notice that and it will definitely impress them.

Impressing girls has a lot to do with setting yourself apart from randomm guys that girls usually meet.

Just see what most guys do and simply do the reverse. Girls will easily notice that and keep crushing on you.

And when she finally becomes your girlfriend, she will not want to lose you.

Above all -remember – you don’t need her approval!

Thanks for attending my TED talk (haha…)