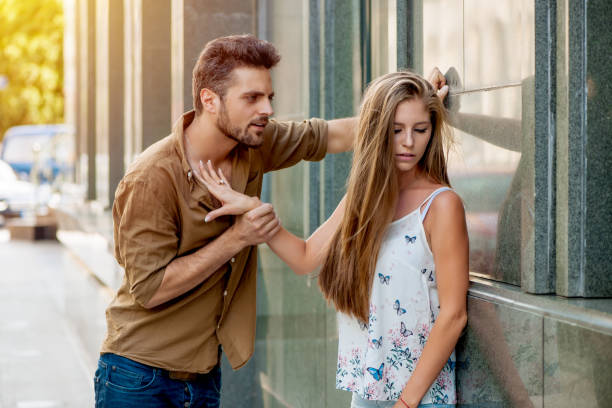 If you’re like me, you probably meet a lot of cute girls, as you travel through the day and during other social events, that you would love to approach.

But sometimes you may ask yourself if girls like to be approached by guys they’ve never met.

So that you may know if you won’t offend a new girl you would want to talk to.

The short answer is- it depends!

Most girls like to be approached by strangers so long as you do it in a way that is respectful, calm, and non-threatening.

Essentially, if you approach in a way that makes her feel comfortable around you, most girls will be receptive to it.

Again while approaching girls you’ve never met, you need to not make a big deal out of it.

Talk to the new girl like you would talk to any random stranger.

It all boils down to practice.

If you feel a lot of anxiety while approaching a girl, the whole situation will feel awkward and the girl will feel creeped out too.

And that can make the girl feel like exiting the conversation.

Thirdly, some girls simply don’t like talking to men they’ve never met. It’s just their personality and you can do nothing about it.

Another reason could be that she has been approached in all sorts of lame ways by lots of jamokes.

So she immediately puts her guards up whenever a strange guy approaches her.

That’s why you should never take it personally whenever a woman rejects you after approaching her. It’s something you can’t avoid and eliminate.

Just because the last girl you approached rejected you doesn’t mean that girls don’t like to be approached by men they have never met.

She might have acted indifferent because of the following reasons;

• She had a boyfriend/ was in a long term relationship.

• You approached her in the wrong way.

• You found her in a bad mood.

• The rejection was a test.

Signs You Approached A New Girl The Wrong Way.

Like I said earlier when your approach is bad chances are that the girl won’t like it or it will feel creepy.

Here are some ways where girls may not like it if approached by a stranger.

• Approaching from the side. It can indicate a lack of confidence.

• Making weak eye contact while talking to the girl.

• Talking in a low voice tonality.

• Fidgeting with your body.

• Leaning into a girl too early on.

• Asking the girl a lot of questions.

How To Talk To A Girl You’ve Just Met Without Making It Look Awkward.

The way you talk and introduce yourself to a girl you’ve just met makes a very huge difference.

What you need to know, most of all is it is not much about what you say to the girl, but it’s how you say it that will count more.

I see a lot of guys obsess about what they should say to a girl they’ve just met to create a good first impression.

Though what you say is important, it isn’t worth obsessing over.

You instead need to focus most of your energy and time on how you convey yourself in front of a new woman.

And that’s what I’m going to be showing you below;

• Keep strong eye contact with the girl to demonstrate confidence.

• Slow down your movements and feel relaxed.

• Don’t lean into the girl too much immediately after meeting her. It makes her feel less comfortable.

• Smile- with a smirk. To look friendly.

• Open up your body.

If you practice the above non-verbal cues while talking to a girl you’ve just met, she will feel comfortable around you and she will like it.

Girls like being approached by men they’ve never met because it makes them feel good.

They enjoy the validation it gives them. Almost any young woman loves male attention.

And that’s what she’ll get when you approach her.

This is also true even if she is in a long term relationship. Though it won’t mean that she’ll start dating you just because you give her male attention.

Secondly, if you approach a new girl in a smooth and charismatic way she will like it because girls love men who are confident and carefree.

That being said, you may not want to approach girls in groups.

Even if she would love to be approached by a confident guy, she doesn’t want to feel like a sl@t either.

She doesn’t want to feel judged by her friends.

Another problem of approaching girls in groups is that chances are high that you’ll be cockblocked by her friends.

Women, at least most of them, love to be approached by men so long as it is in a way that is smooth, charismatic and confident.

The fact that they like it doesn’t mean that you won’t get rejected whenever you approach women.

At least, she will keep thinking about you because of the boldness and confidence you demonstrated.

But some, especially single women, will feel attracted to you and may like you when you approach them.