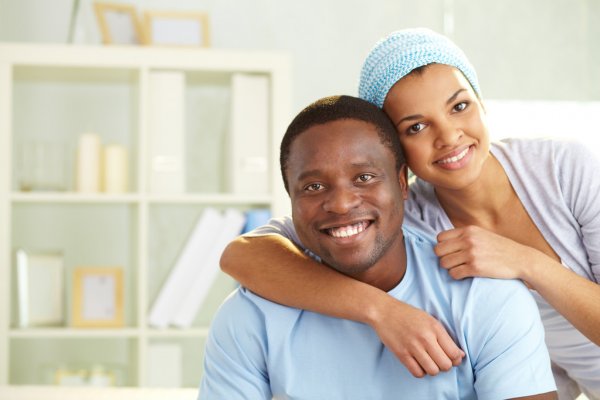 When it comes to giving shit tests, it’s always girls who give shit tests to guys.

Nonetheless, it is very important to flip the tables and give shit tests to girls too.

“Why?”, you ask. Because if a girl is hot, she’ll always be used to guys walking on eggshells around her and trying to impress her.

So when you go ahead and give her a shit test, you’ll have separated yourself from so many guys she interacts with.

You will certainly catch her by surprise.

The truth is, most guys never do shit test girls. Most times, they are on the receiving end.

And the few who do, actually do it the wrong way.

In this article, I’m going to be showing you how you can effectively shit-test girls, and why it’s important.

What Is A Shit Test?

A shit test is certainly a statement, sometimes an action, that will put the girl on the spot. It can often get her to prove herself to you.

However, that being said, you shouldn’t confuse a shit test with a flat insult.

For example, telling a girl that she’s dumb is an insult.

It will be on rare occasions where that won’t be an insult, such as, when you tell it to a girl who graduated from MIT and knows very well that you are aware of that.

Shit tests are meant to be subtle. You give the girl a hard time by using implications.

For example, when you look at most shit tests girls give, they just imply an insult, but not direct insults.

So instead of telling the girl that she’s dumb, you can imply the same by telling her anything like “You’re a smart girl, right?”

Instead of telling the girl that she’s ugly (which will be an insult), you can tell her anything like…

“You and I might not get along” versus telling her “You’re a bad person.”

Again, shit tests are not necessarily black and white.

They can as well be any statements so long as they put the girl on the spot, and not intentionally trying to offend her.

Why Is Shit-testing Girls Important?

#1. It encourages girls to qualify.

Like I said earlier, when a girl is hot she will be used to guys qualifying themselves to her and seeking her validation.

Shit tests place hot girls on the spot which will easily get them to qualify themselves to you.

When you tell the girl something like “you’re a smart girl, right?”…

It gives her the urge to give reasons as to why she’s smart.

Whenever she starts to prove herself to you, it will be a huge sign that the shit test is working.

#2. It frames you as the one with a higher status.

Most guys when they interact with a beautiful woman, they immediately put her on a pedestal.

So they treat the woman accordingly- as the one who has a higher value.

If you treat the woman as the one who has a higher value, she will never feel any strong attraction to you.

And it doesn’t matter how much you earn or the kind of car you drive. If the woman isn’t a gold digger, she will feel turned off.

When you give the woman a shit test, you climb the pedestal. Now, you are the one who has a higher value- not her!

And if you frame the interaction as the one having a higher value, you’ll be encouraging the woman to chase you.

A girl will never chase you and not like you at the same time.

How To Effectively Shit Test Girls And Get Them To Like You.

Giving women shit tests has more to do with adopting the right mindset.

It will be pretty hard to pull it off if you don’t have the right mindset.

Here are the mindsets you need to adapt.

You have to believe that you are the kind of guy who is worth swooning over.

So you are a good catch for any woman. You are a man that any woman would want to date.

Hence, you’re willing to walk away from her because you have options.

If you’re willing to walk away from a woman, you won’t be afraid of saying anything like… “you aren’t going to get into my pants tonight.”

You are interested in her, but not completely sold because you have options and not overly impressed by her looks.

#1. Shit tests shouldn’t be reactive. Don’t give a shit test after the girl gives it to you because that’s simply being defensive.

#2. Enjoy the moment. Add some bit of humour to your shit tests. Treat the woman like your silly little sister.

Don’t take the woman too seriously. Have a playful vibe around her and be light-hearted.

How To Give Girls Shit Tests.

The best way of shit testing girls is by using qualifiers.

It’s simply an indication that things might not work out between you and girl. You will be kind of pulling away from her.

The best way of disqualifying a girl is by looking for an unusual thing she does and using it as an opportunity to disqualify her.

For example, when she looks pissed off at something that isn’t a big deal…

…instead of apologising which makes you look weak and boring, you can say…

“You and I could make a good couple, but we would just probably argue all the time.”

The above statement disqualifies the woman from having a relationship with you.

It can get the girl to chase you.

It also introduces the idea of a relationship with the woman without mentioning it directly.

Whenever you try to chase for a relationship with a woman, by talking about it directly, she will mostly try to pull away or start to play hard to get.

Secondly, you will always be working hard to earn her approval and validation without even knowing.

And that alone makes you look less attractive in the woman’s eyes.

Shit testing women will improve your dating game significantly. So you should definitely be doing it.

However, you shouldn’t take shit tests to the extreme by intentionally trying to offend women because that will never work…

Why? Because you’re just being reactive and you will come off as an insecure dude!

Neither should you walk on eggshells around girls trying to not offend them?

The point is, your shit tests need to be subtle, in a push-pull fashion, and can get the girl to qualify herself to you.

For example, the statement…

We could make a cute couple (a pull). Too bad you aren’t my type (a push) is a perfect shit test.

You may also say, with a playful voice tonality, “Never mind, you aren’t my type” if the girl is super attractive and has high self-esteem.

Pushing away (without a pull) will usually offend girls who are average looking or even good looking girls with low self-esteem.

So you will need to create a balance.