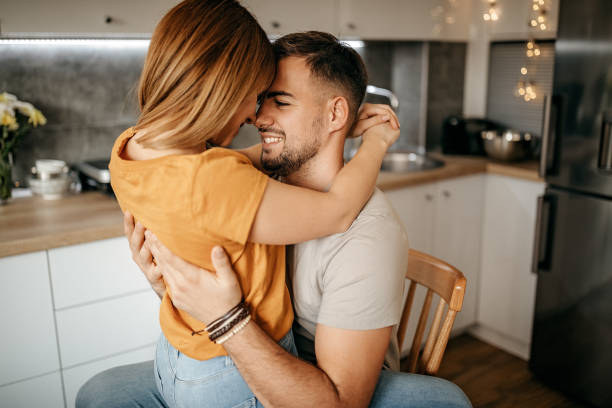 So, you matched with a girl on Tinder, you texted back and forth for a couple of days and exchanged contacts.

You brought up the idea of meeting up, and she was ok with meeting at your house.

Should you let a girl you met online at your house for the first meeting?

The answer is No! You shouldn’t be meeting at your place the first time you meet the girl in person. You will need to first meet somewhere public first like a cafe for a cup of coffee, just to make sure she is the kind of person she said she was.

Why might it be such a bad idea to meet a girl from Tinder at your place for the first meeting?

You shouldn’t meet a girl you met online at your place for the first meeting because it will most likely be a huge RED FLAG.

What kind of a woman is completely free with the idea of meeting up with a stranger at his house on the initial meet?

You should ask yourself!

Those kinds of women will most likely be catfish.

• She might have used a different picture(s) as her profile.

• Or she used a picture while she was still in shape, but presently overweight.

The truth is, if a girl is beautiful, she will have a lot of options to choose from in real life.

Any girl who worth dating will be less likely to meet up with you at your place for the first time.

And worse, if the woman is willing to hook up with you on the initial hang out at your place.

This can be a huge hint that the girl is promiscuous.

It might not be a huge deal for a girl to hook up with you on your first date.

But, a girl who is willing to have sex with you with almost zero reluctance, more so, if you have no game, is either;

• Wants to have sex with no strings attached.

You don’t want to be in a relationship with a woman who will go around sleeping with every man just because, for whatever reason, you took some time without having sex with her.

Highly promiscuous girls never attach too much emotional connection with having intercourse.

What should you do rather than just coming together at your place when you first meet a girl who you met online.

First meet up with the girl at some public place like a Mall, coffee shop, ice cream shop, among others. You first want to see if she isn’t a different individual from the one you chatted with online.

Just imagine standing there feeling anxious, but excited at the same time because you are going to meet a girl who looks like Beyonce Knowles in her mid-twenties….

Only to get shocked by looking at someone you can’t discern.

People online tend to pretend to be what they aren’t just to get more matches.

All of us know this!

However, if your date goes well, and the girl was actually the Beyonce you expected you can then, invite the girl back to your place or set up another meetup.

At this point, it’s ok to meet up at your place if at all you liked her.

What if I decide to go ahead and meet up with the girl at my place?

If the girl is ok with the idea of coming to your place, and hooking up on the same day, it will be fine if that’s what you want – just to have sex with her.

Even if the girl was the ‘Beyonce’ you expected, but didn’t hesitate to hook up with you, it will still be a red flag.

Now, you might be blindfolded because she looks hot, but you will be much more likely to have issues with the girl if you decide to turn that into a relationship.

It will only lead to frustration after a while.

That being said, there are situations where the girl will go to a guy’s place when they are meeting for the first time, and it will turn into a healthy relationship.

But, that is an exception, not a rule!

Just like when Leicester won the English Premier League in 2016.

You can’t simply count on it.

What if the girl I met on tinder wants me to go to her place for the first meet?

That will be great, but….

Well, you might want to first meet the girl somewhere public.

At least at a walkable distance back to the girl’s place.

To make sure that you aren’t being catfished!

Again, you might want to let your close friend(s), or relative(s) aware of where you are going.

So, you won’t end up in a black market that deals in selling human organs.

I want someone to keep reading my articles, you know! (haha)

Seriously, I’m not trying to scare the hell out of you, but it’s a precaution.

It could just be a girl who is eager to get laid!

A girl who wants a friend with benefits kind of.

That nicely brings me to the next point…

You might not want to invest a lot of your emotions if you hook up.

You’ll be much more likely to be left in the lurch if you push for anything further than that.

If she is the kind of girl you expected, you may invite her over to your place, or arrange a second meetup.

When the girl isn’t the exact individual you saw online, you can look for an excuse to end the interaction.

If you would love to hook up with her, it will be up to you.

You might not want to emotionally invest in her, at least at first.

That being said, you may meet a girlfriend.

I’m not a prophet, neither God!

That’s it, wish you well!