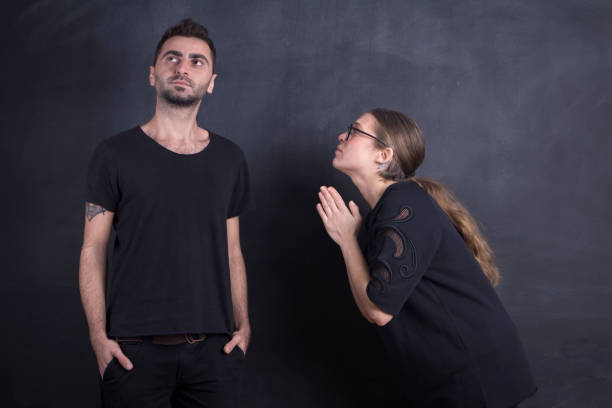 What do you often tell yourself whenever you meet a very attractive girl?

How do you feel when you’re in a long term relationship with an above-average beautiful woman?

“Whenever she asks for something, I’ll do it”, right?

Why not do whatever she asks because you love her? She’s the most beautiful thing you’ve ever met.

Now, what if I told you that could be a very huge mistake? Perhaps that could be the source of most of the problems you’re going to have in your relationship.

The power of not complying with a woman’s demands, her requests and her expectations of you is insane. And the hotter the woman, the better.

It doesn’t matter whether it’s a woman you’re dating, you’re in a relationship with, your wife or even a colleague at work.

“Why is that so powerful?” you ask.

It’s powerful because your value will skyrocket in her eyes. You’ll clearly stand out from so many guys out there. You won’t look predictable and boring like so many guys she meets.

Saying ‘NO’ to a woman will work wonders if she looks attractive because very few men she interacts with have the guts to do so. Very few… I’m telling you, my friend!

Think about it the other way around.

A chic who’s put on a lot of weight and, doesn’t look that good, will have heard a ton of Nos from guys. So by you not complying with her request won’t move a needle.

But that will the exact opposite of a youthful woman, who’s in shape and with a cute face.

“this guy is high value” or “hmm, this dude is arrogant.”

And let me tell you something, guys.

Whenever an attractive woman tells you how arrogant you are, take it as a compliment.

Sounds arrogant? Yeah! But it works.

Why? Because all she’s thinking to herself is something like…

“this guy doesn’t put me on a pedestal like most guys.”

Girls love it when guys put them on a pedestal. Why not? It boosts her ego. But not when it’s a guy she wants to get intimate with or be more than friends with.

If you’re constantly saying Yes to whatever a girl wants, really all you’re showing her is that you’re a low-value guy.

That’s all you’re doing. Especially when you’re in a long term relationship with her.

what ends up happening for you guys who’ve done that?

Where did that lead you? Did it make her love more?

Probably she ended up cheating or dumping you or monkey branching to the next guy with all the nice treatment you showed her.

So the next time you’re with a woman – to not be a pushover – try to say no to her at some point.

You’re going to establish your authority and set up yourself as a challenge for her. She’s going to be excited by you instead of bored.

Two Things To Note As You Say No To Women

I didn’t mean that you should be saying no to everything your girlfriend suggests. You’ll just look like a complete moron.

It does mean if you’re busy or have cool things going on, you shouldn’t push them aside to please her. Which most guys would do especially if she looks attractive.

And sometimes women will ask you for a favour that inconveniences you as a test. Women will test you constantly no matter the stage of your relationship.

Be very conscious whenever an attractive woman you want to date asks you for a favour. It’s often a compliance test.

And the more you comply with her demands, guess what happens? The more you become low value in her eyes.

Every time you decline hanging out with the guys because you feel like you need to please her, you’re going to lower her sexual attraction to you.

Will she like the fact that you’re always there for her? Yes, of course! But don’t kid yourself, she’ll like you as a friend.

So it’s so powerful to decline to pick her up from work if you’re busy. She’ll start to respect you.

And respect from a woman – by default – will turn into sexual attraction.

What does that mean for you guys?

You want her to respect you more than she loves you. Your girlfriend will never genuinely love you unless she respects you or when she can’t walk all over you.

This all goes back to adopting an abundance mentality.

Whenever you feel like you can go out there and date other girls, you won’t tolerate her bad behaviours… like weaponizing sex or creating unnecessary drama. 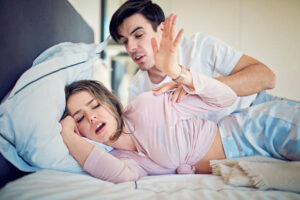 Unfortunately for most guys, it’s like their lives are centred around that one girl.

As I said earlier, there should be a balance. You may have to say yes to a couple of her requests especially if you’re free and it interests you.

You want to say No to her in a way that isn’t too aggressive and pushy.

Why? Because if you’re in a long term relationship with a woman who’s high value herself, a girl with healthy self-esteem, it will backfire.

Learn to respect yourself, women and people, in general, will respect you too. Saying No to things that inconvenience you will come naturally.

You have to realize that a woman will start to say No to you if you all you’re doing is saying Yes to everything she suggests. Don’t be needy because women resent it.

And above all, be willing to walk away if need be!