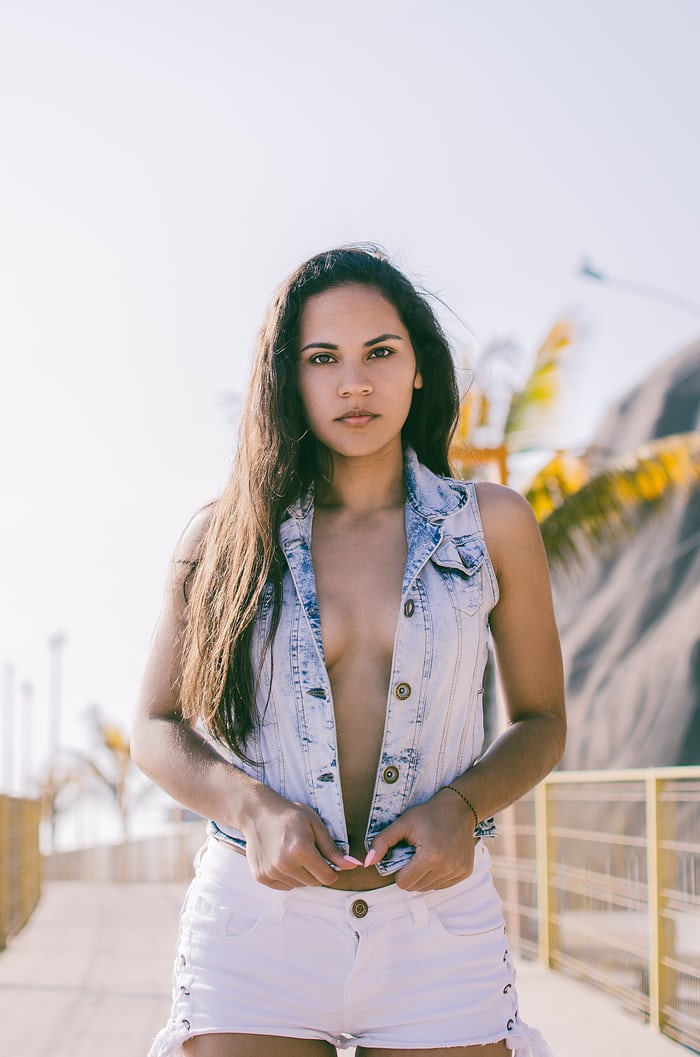 A dude meets a young woman…

her hair is radiant, she’s super-feminine and her eyes are large and gorgeous. He feels sexually attracted to her because she’s fun to be around.

Then he tries everything possible to get the girl, but she seems not to be interested.

Sound familiar? Are you feeling frustrated because the chics you feel attracted to don’t want you?

Well, if you’re like most guys you’re probably making this one mistake that’s making attractive women lose interest in you within a blink of an eye.

And that’s what I’m going to be talking about today!

I’ll tell you that mistake here shortly, but first…

Think about it for a second.

How do always act whenever you’re interacting with an average attractive woman whom you don’t feel attracted to?

You certainly act with indifference, right? You say and do whatever you feel like without second-guessing yourself.

Well, here’s the thing: selling yourself to girls you feel attracted to is the source of most problems.

That is a very very blatant mistake guys make when it comes to attracting beautiful women.

You don’t need to earn her validation or her approval. You don’t have to impress attractive girls. Get that mentality and you’re going to have beautiful girls like you in no time.

Especially if it’s a woman who’s more attractive than the women you’re used to getting.

You try to qualify yourself to the woman. It’s like you’re begging. Can you see how horrible it looks?

You brag about your;

her value is higher than yours. So you need to compensate your lower value with external stuff and your material possessions.

And guess what? Attractive women date high-value guys and run away from low-value guys.

So the last thing you ever want to do is sell yourself to a girl.

The harsh truth is that you wouldn’t need to earn her approval and validation if you knew that your value was higher or at least equal to hers.

“Hey, we both know my value is lower than yours so I’ve got to purchase it.” Get the picture?

Telling guys “don’t give beautiful women money or buy them things they haven’t earned” goes against a man’s logic and… heck that’s what we all grew up seing on T.V shows and adverts.

After all, we all know that if there’s something we want, then we’ve got to do all it takes to buy it, right?

However, women are human beings. They aren’t material things like cars and houses. They have feelings and think for themselves.

In this case – buying something you want – doesn’t work.

So we’ve diagnosed the problem that makes you look less attractive to the girl you like: selling yourself to the girl and trying to buy her approval.

Then what’s the solution to the problem? What’s the medicine for the disease?

#1. Don’t sell yourself to her in the first place.

If you do that, you’ll have blown all your chances with her. So you might as well just go over to the next girl.

Why? Because you have already positioned yourself as the seller and she’s the buyer. Simply put; she has all the leverage.

Another thing to note here is that the fact that you’re not selling yourself to her creates mystery and intrigue. It makes you look unpredictable and exciting.

Let her sell herself to you instead.

Instead of you always qualifying yourself to attractive girls, let them qualify themselves to you.

How to get beautiful girls to qualify themselves to you.

Ask them qualifying questions. It’s that simple. Ask them questions to reveal their personality. Put them on the spot.

Examples of qualifying questions to ask a girl.

Challenging the girl to qualify herself to you shows her that you’re an alpha who has standards.

The kind of guy that attractive women typically go for. A man who doesn’t pedestalize women just because they’re good looking.

#3. She must have earned whatever you’re going to give her. 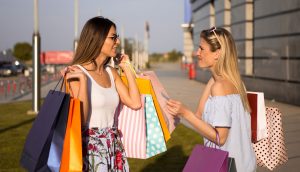 Whenever you’re about to give something to a girl, ask yourself the following question…

Has she earned what I’m about to give her?

If the answer is yes, then go ahead. If it’s a No – which is perhaps going to be the case most of the time – don’t.

Make no mistake about it.

As an attractive guy whom women respect and find attractive, you only reward good behaviour.

Because guess what 95% of guys do…

they buy things for a girl or act nice whenever she acts bitchy like throwing childish tantrums and creating petty drama.

And then they go ahead and wonder why their girls treat them like shit or leave them for other guys who, they think, don’t treat them as “nice.”

Ever wondered why so many good looking women have nasty behaviours and bitchy attitudes? It’s because they’re rewarded, by most guys, whenever they misbehave.

You should be doing the exact opposite; whenever she does something nasty to you, withdraw your attention or simply call her out. Don’t put up with her bs.

Cute girls are just used to low-value guys throwing themselves at her despite her nasty attitude. You have to set yourself apart.

Your interest and attention are conditional upon her treating you right.

#4. Don’t make a big deal out of buying her things.

You don’t want the girl to feel like she needs to reciprocate what you’ve bought her.

See… an average good-looking girl is used to guys buying her stuff hoping to get laid.

And it ends up backfiring and sex not happening.

You don’t want to trigger those feelings in her by making a big deal of what you’ve bought her.

You can easily solve this by buying her stuff that is inexpensive until she’s done something worth an expensive gift or dinner.

Never buy things for a good looking girl or do her favours because you think you need to earn her approval.

So that’s it, brothers!